I have to say that I do not do well with interruptions...especially when those interruptions immobilize you from the errands you have to do to keep your household running.  Grocery shopping, post office, bank, Target, etc...  Our car battery died and my husband had to take my car to work.  So I called AAA to ensure that the problem would be solved, and I would be back in business. 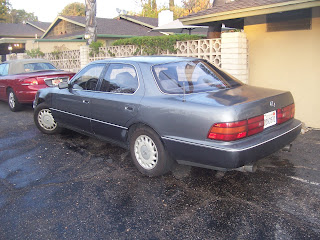 A tired alternator was the culprit, and the man from AAA said that he knew a good mechanic that he could refer us to.  I thanked him and said that my brother is a Black hawk helicopter mechanic and does all of our repairs.  He said that his brother was an Apache crew chief before he retired from the military.  He mentioned that he was in the military as well and that he retired when he was injured after having been shot off of a Hummer in Iraq.

Instantly, I had a platform to ask him about his thoughts on God.  He said that God would not be interested in someone like him and went back to talking about my car.  "David was a man after God's own heart, and was a soldier who was praised for killing his ten thousands,"  I said to him.  I told him it would be easy to receive Christ into his heart.  And with conviction in his voice he said that God would not accept someone like him.  I continued to press him, and he finally told me why...

During his deployment in Iraq, he was forced to choose between taking the life of an 8 year old girl who was armed with a mortar, or losing his own life.

"Only Christ could remove the guilt that you feel," I told him, and reassured him of Christ's love for him.  I gave him the address of our church and let him know that he could always find an open door and a listening ear.  I said goodbye to him and with a heavy heart, went back to my day.  Having a car that wouldn't start was not much of an interruption after all.

Email ThisBlogThis!Share to TwitterShare to FacebookShare to Pinterest
Labels: Sharing the Gospel